Art that's barely there at MOCAD 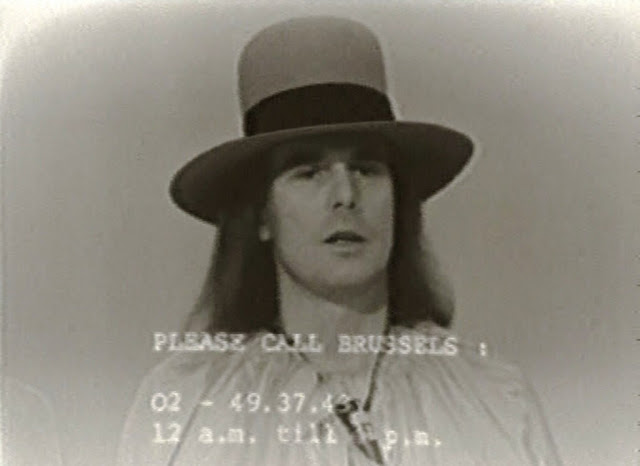 “Barely There (Part I)” opened last weekend at the Museum of Contemporary Art Detroit. It’s the first installment in a two-part show that investigates “immateriality, presence, absence and performance.” "Part I" focuses on the mind, specifically on subjects like loss, geographic/linguistic identity and the power of questions. ("Part II," opening in the fall, will concentrate on the body.) Featuring work by 10 artists and including material from the 21st century, as well as the late 1920s and ‘60s, it’s an engaging, challenging show that’s well worth your attention.

Much of the work on display tends toward the conceptual. I’m thinking ofWilfredo Prieto’s "Infidelity" (2009), for instance, which is nothing more than a blue pen and a red pen cap arranged in way that suggests they’re about to meet. (I admit to feeling immediately annoyed by it, then being unable to resist its cheeky simplicity.)

I found other pieces more resonant, like Pascale Marthine Tayou’s powerful "Jpegafrica/Africagift" (2006), a pile of crumpled paper flags of all the countries on the African continent, and Rivane and Sergio Neuenschwander’s 2002 video work, "Love Lettering." The video is shot inside a goldfish tank; many of the fish have small pieces of paper attached to their tails with words like “wish,” “hotel,” “eyes” and “you” printed on them. Turns out it’s a love letter, broken up and ultimately unreadable, except in kinetic, disconnected fragments.

For me, the most exciting and interesting piece was a made-for-TV work by the late, Detroit-born installation and performance artist James Lee Byars (who, I was thrilled to learn, will be the subject of a solo show at Museum of Contemporary Art Detroit in 2013). "World Question Center" is a weird, wonderful program that was broadcast live on primetime Belgian television in 1969. In it, Byars, surrounded by a ring of people wearing fascinating garments of his design, communicates by telephone with several dozen important thinkers of the age.

Read the rest at KnightBlog.
Posted by Matthew Piper at 5:30 PM No comments:

A new space for sound art in Eastern Market

Keep your eyes (and more to the point, your ears) on the 2:1 Gallery, a new art space in an old building in Detroit’s Eastern Market district. Under the guidance of Gregory Holm, one of the artists responsible for last year’s "Ice House Detroit" project, the space is currently serving as a pop-up sound art gallery. It’s also a kind of laboratory, where Holm and several collaborators work out ideas for another project: "Fire House Detroit." Holm describes "Fire House" as a “continuation of the dialogue started with ["Ice House"].” It culminates in a July 4 sound performance at a Corktown firehouse built in 1897. The performance will feature The Detroit Children’s Choir singing the words of a group of young poets known as the Street Poets Society.

It will also include the pyrophone, a striking instrument built by Holm and Jeffrey Williams that’s on display as part of “Haptic Resonance,” the show at 2:1 until the end of the month. The pyrophone consists of several glass tubes of varying lengths, each fixed atop a gas hose. When the gas is lit, the difference in temperature between the flames and tubes produces a rich, ambient drone.

There's much else to hear in the show, as much as there is to see and touch.

Read the rest at KnightBlog.
Posted by Matthew Piper at 7:23 AM No comments:

A walk in Detroit's Scripps Park 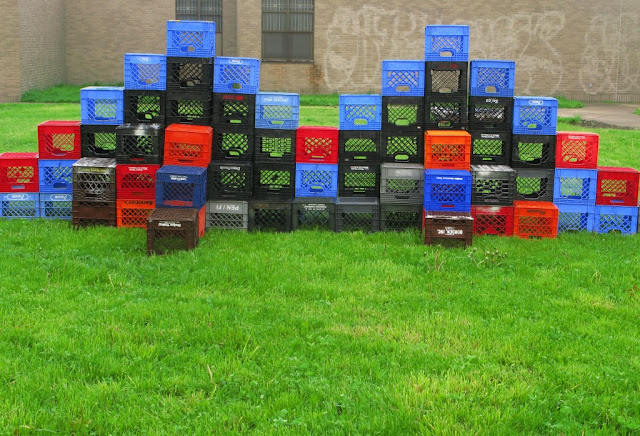 There’s an outdoor art exhibition opening in Detroit this Saturday that will demonstrate not only the talent of participating local artists, but also the spirit of cooperation and community engagement that distinguishes so much grassroots work in this city. Access Arts Detroit, which hosted four outdoor art exhibitions on Belle Isle in recent years, partnered with Forward Arts, a nonprofit arts program management group, and the Woodbridge Neighborhood Development Corporation. Together, they are bringing art and activity to Scripps Park, an under-used public space in Woodbridge.

I spoke with Louis Casinelli, Access Arts Detroit’s founder and director, and Dominic Arellano, executive director of Forward Arts, about providing support to emerging artists and engaging the community through art in public places. Their partnership allowed Access Arts to grant stipends to artists producing work for the show and facilitated Access Arts’ ongoing efforts to reach at-risk Detroit youth through art education. (In addition to exhibiting work by the eight participating artists, the show will also feature work by three high school students who’ve participated in Access Arts’ education program.) Some highlights from our conversation are below.

Read the rest at KnightBlog.
Posted by Matthew Piper at 9:08 AM No comments: