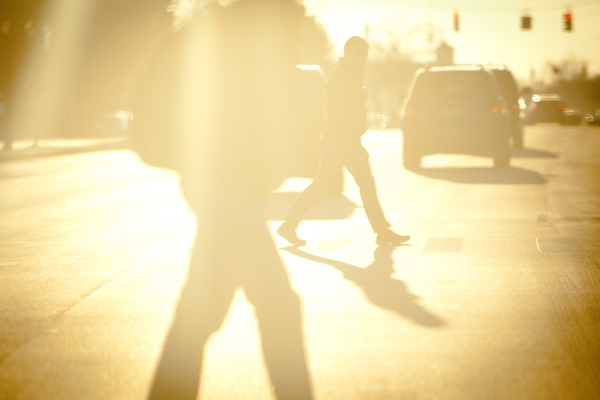 Francis Grunow, a northwest Detroiter who moved to New York for school and stayed a few years for work, describes a transformational moment he experienced there after college: the realization that he could get anywhere in the city he wanted to without a car. He felt, in that moment, "the distinct sense of being freer than (he’d) ever been before."

Francis is back in Detroit these days, working out of the Green Garage with New Solutions Group, a public policy consulting firm that’s concerned, in part, with improving transit in Detroit. (Read his recent Model D piece about Detroit’s transit history and potential future here.) His daily commute is a 200 or so foot walk from his home in the Canfield Lofts through the Green Alley adjacent to the Green Garage. He meets most of his clients by bicycle. While he doesn’t feel anything close to the expansive sense of transit freedom he did in New York, he does feel that "within a fairly defined area of greater downtown, I can get anywhere I want to most of the time with walking, biking, or the bus, and it’s pretty reliable."

Francis isn’t alone, and this phenomenon is worth a closer look: every day, in a city built resolutely by and for cars, people to choose to walk, take the bus, or ride a bike as a viable way of getting from here to there. As Detroit develops into a greener and more sustainable place, where cars play a smaller part in a more balanced and humanizing transit ecosystem, what can others learn from their stories?

That’s the question we’re exploring in this two-part diary entry. This month we’ll talk about taking the bus and walking, and next month we’ll look more closely at cycling.

Read the rest at Model D.
Posted by Matthew Piper at 5:07 AM No comments: