Zaha Hadid tells it slant: the Broad Museum in pictures

A few weeks ago, I made an architecture pilgrimage to East Lansing, of all places, to see the much-ballyhooed Broad Art Museum, designed by Zaha Hadid.

I've been interested in Hadid's work since 2006, when I caught her difficult, dazzling retrospective at the Guggenheim in NYC (an eye-opening experience, to say the least).

The Broad, which opened in November, is only Hadid's second building in the US, after the Contemporary Arts Center in Cincinnati. Living in Detroit, where we are basically not allowed to have exciting new buildings (we have too many old ones to fix up first), I was pretty giddy about the whole thing. 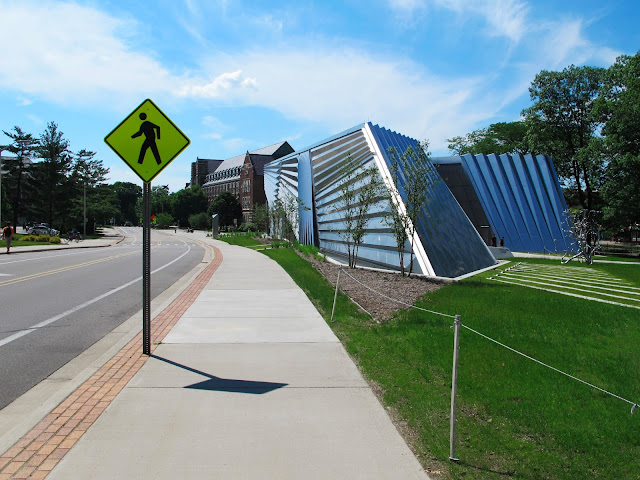 My initial impression was that, from the street, it hardly looks like a building at all. It seems to lack the familiar markers: doors, signage and windows are all enveloped by the corrugated steel. It looks, at first, like a huge sculpture, sleek and lurking, not a functional building.

There are doors, of course, plenty of windows, and even signage, but it all takes a few minutes to register.


I spent a couple hours exploring the building outside & in, and those initial impressions aside, I found it to be thoroughly functional. OK, of course the architecture steals the show, but it's actually a modestly-sized museum at 46,000 square feet spread over three stories, so once you get used to all the crazy diagonal lines and beautiful staircases, the art comes to the fore and you realize that the whole thing's perfectly navigable and there's plenty of space for the works on display to do their thing.

It takes you a minute to get there, though. First you have to deal with those diagonals.

There's barely a right angle in the place. The effect is disorienting, exhilarating, and ultimately mind-altering. (When I got home that evening and for a good day or two afterward, I kept looking around at all the straight lines in the world and thinking, "Why straight up & down? Who said so? How boring! How expected!") The even line that makes a square is a lie (or at least completely arbitrary), Zaha's queer new building shouts -- a bold challenge to the handsome, if business-as-usual buildings that surround it.

Anyway, it's a lot of fun. It's a contemporary art museum that's a piece of contemporary art itself, off-kilter, insistently other, aggressive, radical -- and, for better or worse, eminently brandable. It's a vivid & exciting piece of new architecture on such a stately, conservative, and otherwise coherent college campus. The president of Michigan State says that it's an important symbol of the university's "quality and reach...in this competitive global marketplace." Whatever its reason for being, I'm just glad it is. Here are my favorite shots:


(To view images in a slideshow, click one and arrow through.) 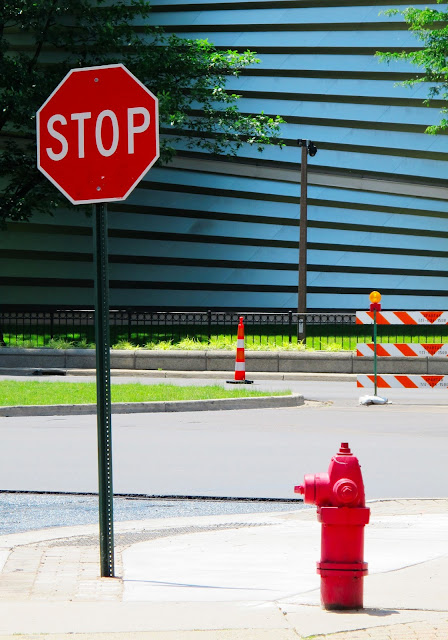 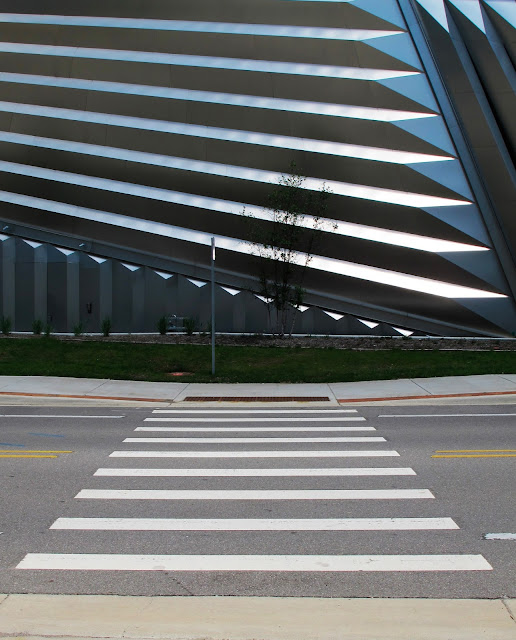 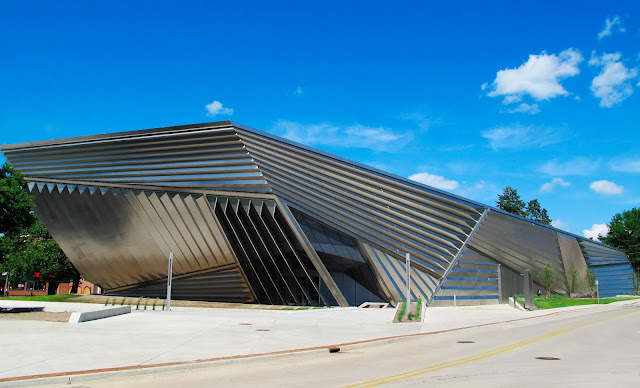 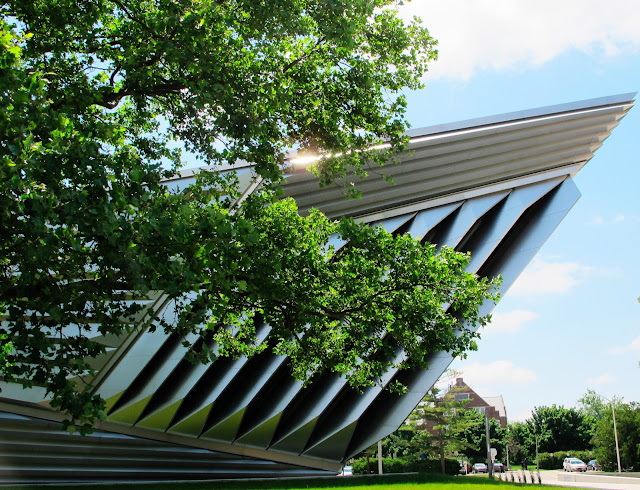 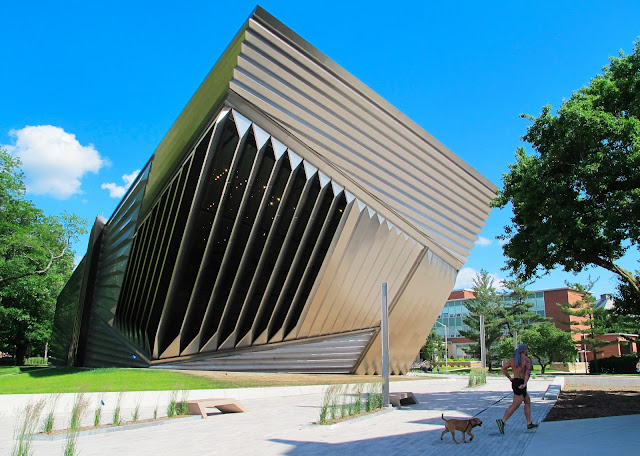 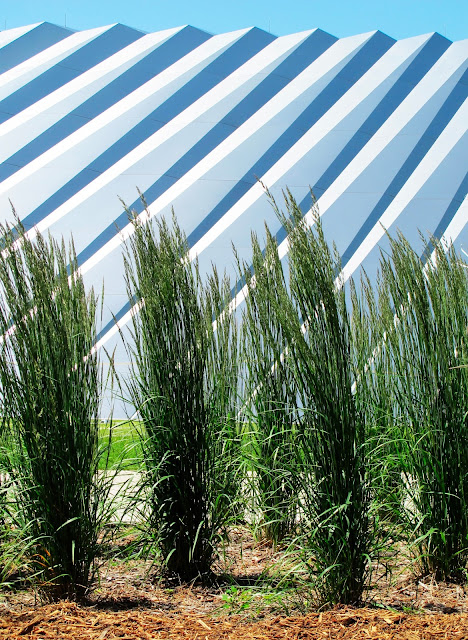 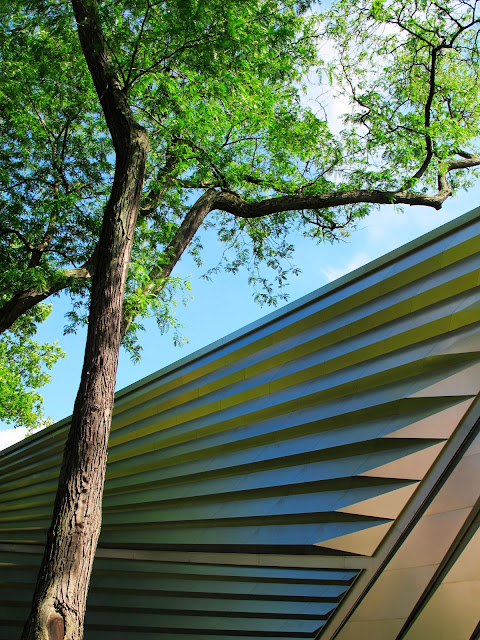 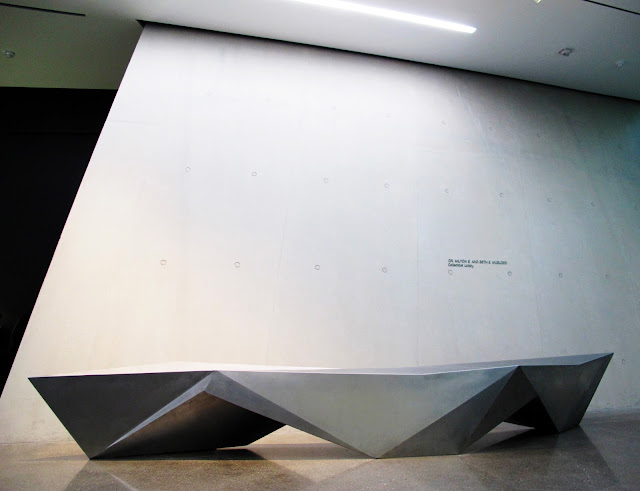 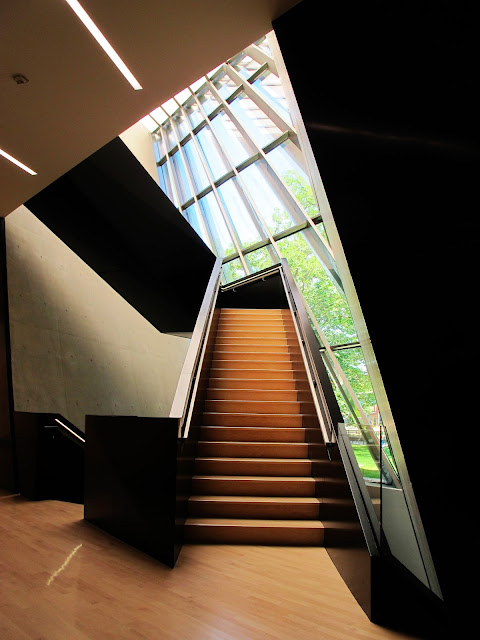 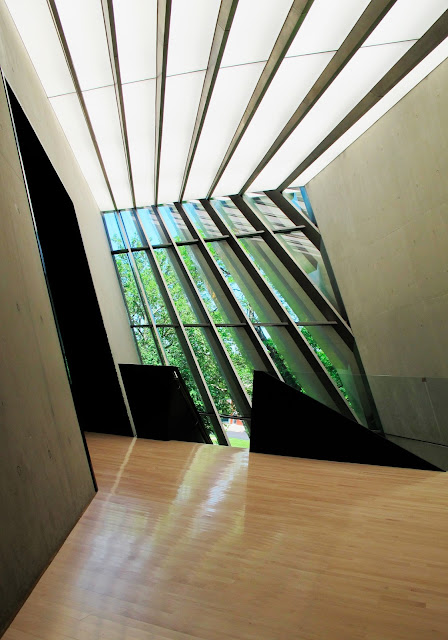 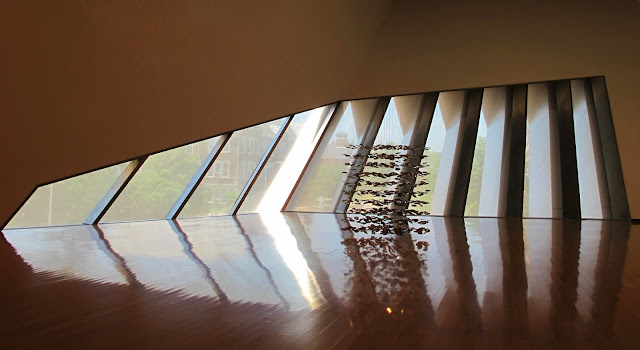 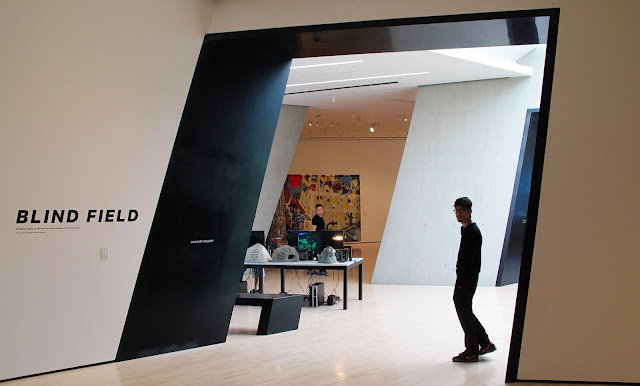 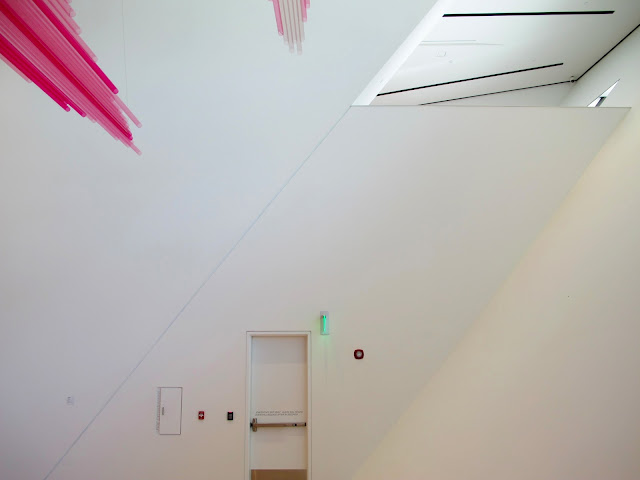 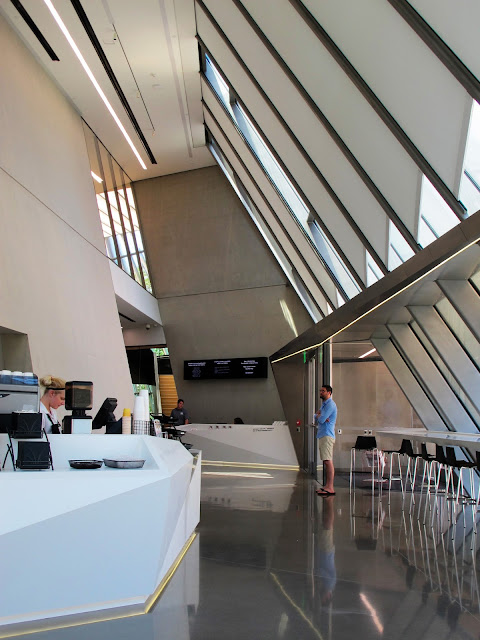 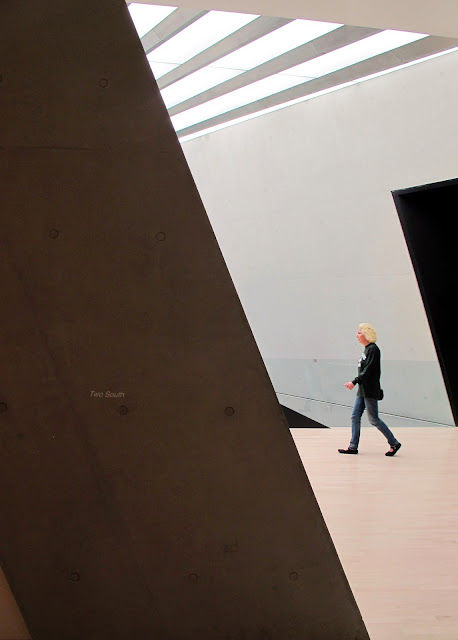