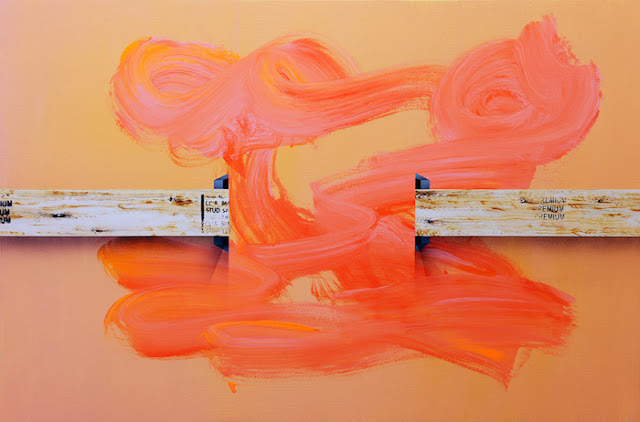 Read the rest at Esssay'd.
Posted by Matthew Piper at 7:22 PM No comments:

10 years of change: Giving the downtown Y its due 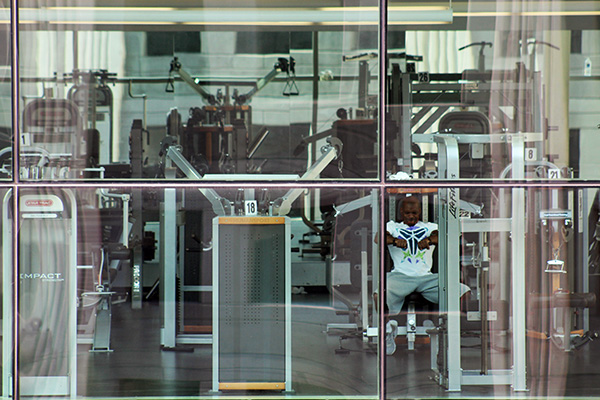 I'm downtown on a recent sunny day, walking along Broadway, when the Boll Family YMCA stops me in my tracks. I don't know what it is about this moment in particular, but for the first time it seems that the nearly 10-year-old building is revealing itself to me. I stand there for a while, reflecting on its distinctive, volumetric presence (it takes up nearly a whole block), its play of transparency and materiality, its friendly relationship with the street and with its nearest neighbor, the Broadway People Mover station, and I think, "Wow. What a building."

Later, I reflect on the fact that we don't have many buildings like it in Detroit: handsome new mid-sized construction that embodies both a distinctly urban sensibility and a compelling clarity of expression. It's the kind of thing we could stand to see more of as the downtown revitalization marches on. In fact, it's the kind of thing that helped catalyze that revitalization in the first place. Bold and forward-looking when it opened in December 2005, the Boll Family YMCA continues to lead by example as the central business district burgeons around it. And with both Model D and the downtown Y celebrating 10th anniversaries this year, we thought it was the perfect time to take a closer look at this underappreciated but significant piece of contemporary downtown architecture.

Read the rest at Model D.
Posted by Matthew Piper at 7:51 PM No comments: 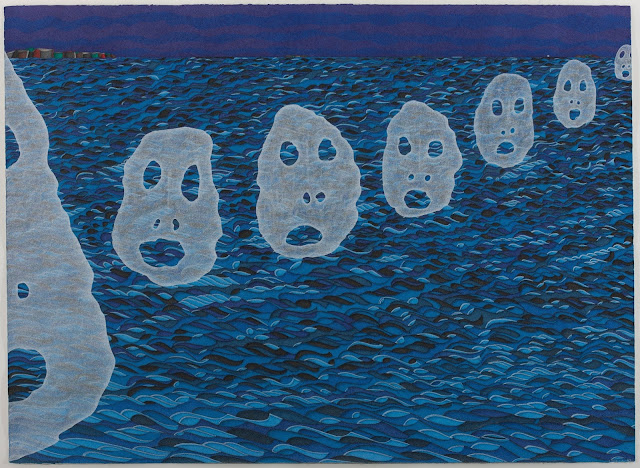 For Jon Strand, making art is a long-distance sport. He is a 21st century pointillist, manifesting his elaborate visions by applying layer after layer of tiny dots to paper with the use of a rapidograph (a technical pen of German manufacture). When he discusses his “ink paintings,” Strand provides an offhand but remarkably precise account of how long each takes to create: 1,874 hours for this one, 717 for that. This tendency toward quantification originated in the formative advice of a curator friend: that an artist should effectively communicate the extent of his labor in order to be taken seriously enough to earn a living wage. But an appreciation of Strand’s work must go beyond its curious and compelling means of execution, because his art, like other long-distance endeavors, is about much more than endurance and technical accomplishment; it is about transcendence.

Read the rest at Essay'd.
Posted by Matthew Piper at 7:36 PM No comments:

Is Detroit on its way to becoming a gay-friendly city?

A vivid memory from early June, 2011: I'm at Motor City Pride in Hart Plaza. The annual lesbian, gay, bisexual, and transgender community festival is being held in Detroit for the first time in 10 years (having moved, not without controversy, from downtown Ferndale). It's sunny, warm, a perfect day. I'm standing around, chatting with friends, when I look up at the 72 story Renaissance Center and pause. "Is that…?"

Sure enough, it is: the recently installed LED lights that ring the tops of the complex's five tubular towers, normally a shade of GM-brand blue, are subtly but certainly cycling through the colors of the rainbow: red, orange, yellow, green, blue, indigo, violet. We all stop talking and watch, a little dumbfounded, a little incredulous, at this unexpectedly prominent display of our community's colors. Is this Detroit -- our own hometown?

GM's decision to temporarily turn its imposing hood ornament of a headquarters into a monumental beacon of inclusion and welcoming was an unprecedented move in these parts. (A move that, four years on, we might already be taking for granted. 2015's Motor City Pride festival took place in Hart Plaza last weekend, and the Ren Cen's now-familiar ROYGBIV show started like clockwork on Friday night.)

The pride festival's wildly successful return to Detroit, GM's high-profile show of support, and now, just last week, the first-ever Detroit Tigers' Pride Night,attended by more than 1,400 LGBT individuals -- these are bold signifiers of cultural change. As our hardscrabble metropolis continues its 21st century evolution, is it finally learning to put its big, strong arms around the diverse and beleaguered LGBT community that calls it home? Signs point to yes. Let's take a look at the efforts of some thoughtful, committed people who are working hard to make Detroit a more welcoming place for all.

Read the rest at Model D.
Posted by Matthew Piper at 10:19 PM No comments: 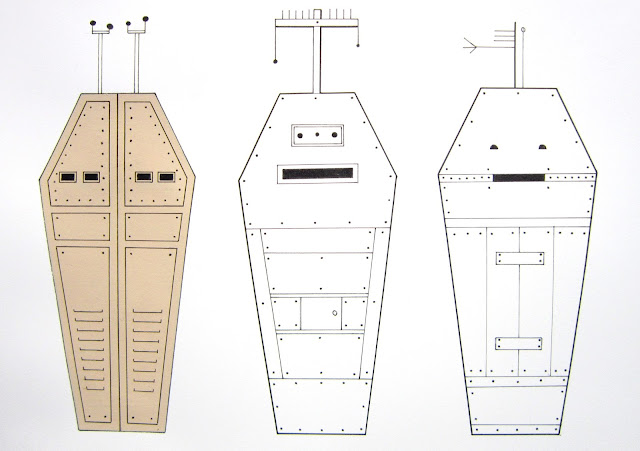 The paintings of Megan Parry are obsessed with looking. In her wry and varied visual universe, cartoonish, baldheaded figures peer at the viewer, at one another, or at obscure objects of interest that only they can see. Huge, lidless eyeballs (intimations of vast, inscrutable beings that the canvas cannot contain) hover in close-up and stare with a deranged intensity, or else a kind of cosmic serenity. When Parry paints houses, their windows are often eyes: personifying, face-making. Even her multitudinous coffins and “enclosures,” isolated details of an architecture of confinement, have eyes, have windows -- or if they don’t, they insistently don’t, inviting the viewer to wonder what is being kept in (or out) behind their solid walls.

Read the rest at Essay'd.
Posted by Matthew Piper at 7:47 PM No comments:

On Color Cubes and David Rubello

Since last Spring, I've been researching and writing about Color Cubes, one of my favorite pieces of public art in Detroit, and David Rubello, the artist who designed it in the early '70s.


I've admired Color Cubes for a little more than ten years, I guess -- since I really started paying attention to the downtown landscape. That admiration deepened in 2009, when Michel and I stumbled upon a poster-sized version of it, painted in acrylic, at a local junk shop and happily hung it in our home. (I later learned that Rubello had originally painted it in 1973 for the downtown offices of New Detroit, the group that commissioned the mural.) But it wasn't until Color Cubes was painted over last May that I became seriously interested. Over the last five months, I've spent a considerable amount of time conversing with the artist, photographing his work, and doing historical research about the circumstances surrounding Color Cubes' creation and destruction.

This work has led to the publication of three pieces in the last three months that explore Color Cubes and David Rubello in different ways. Since the most recent just came out last week and I have no plans to write anything else on the subject in the near future, I figured it was time to collect all three in one place. Without further ado, here they are:

Hamtramck-based artist, writer, and gallerist Steve Panton is currently leading Essay'd, a great effort to publish short, illustrated biographies of Detroit artists online. When he asked me to contribute one on Rubello, who has had a long and interesting career, I was glad to oblige.

This feature article, published in the Detroit-focused online magazine Model D, introduces David Rubello to Detroitophiles and explores the remarkable circumstances under which Color Cubes was commissioned in 1972. I'm grateful to Model D's Matt Lewis for the opportunity to tell the story in this form, which gives it the chance to reach a wide and enthusiastic audience.

This is the big one. It was the invitation to contribute something to the November 2014 edition of Infinite Mile, an online journal of art and culture in Detroit, that originally inspired me to learn more about Rubello and his lost Color Cubes. Over several months of research, I became convinced that I needed to find a new form in which to tell this story, a form that was inspired by the mural and that freed me from the familiar constraints of the essay. Encouraged in this pursuit by Stephen Dewyer and Jennifer Junkermeier, Infinite Mile's editors, I partnered with my friend Jonathan Gabel, a gifted artist and web developer, to make "the matrix," an interactive web feature that investigates Color Cubes aesthetically, culturally, and historically. Since it's meant to be explored over time rather than digested all at once, the matrix is very information-rich. As a result, it also serves an a kind of reference work for people who are interested in Color Cubes, David Rubello, and/or early '70s public art in Detroit in general.

Posted by Matthew Piper at 9:34 AM No comments: