Ruins to riches: Brian Rebain and the architecture of revival 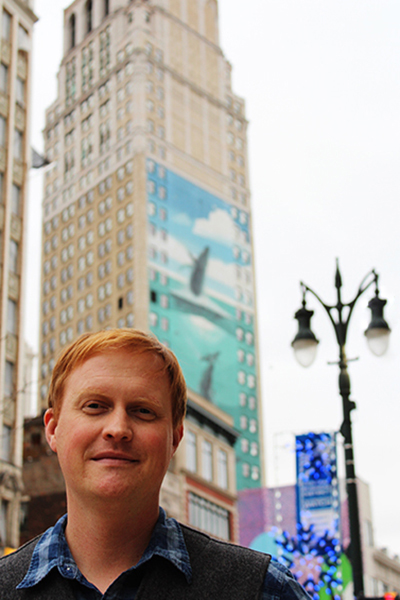 Local architecture buffs know by name the handful of architects whose distinctive high rise buildings gave shape to downtown Detroit's skyline in the early 20th century. And when we point to a Kahn, say, or a Rowland, or a Kamper, we do so with a justified sense of hometown pride, even if the building we're pointing to has seen better days. After all, these are the architects whose buildings we mean when we say, "They don't make 'em like they used to." And they made 'em on the grandest physical scale we know, in an era when the skyscraper was new. The resplendent, open-air gallery of industrial-age monuments they left behind is more than a collection of fine buildings. These structures, which are a kind of shorthand for the rich architectural heritage of the whole city, help define our civic identity. Standing proud from the indistinct haze of the past, they connect us to our history in a powerful, immediate way.

You may have noticed that lately, a number of them are standing prouder, thanks to the revitalizing wave that continues to wash over the central business district. For many of these grand old piles, neglected for decades, reinvestment means rebirth, and rebirth, in turn, means opportunity for a new generation of architects. You might not know them by name, but these architects, working in the here and now, are charged with a monumental task of their own: bolstered by a newfound market confidence, they're rehabilitating our well-worn historic buildings for new use in the 21st century, giving the downtown core a much-needed boost in the process.

As architectural director for Kraemer Design Group (KDG), Brian Rebain, 39, has led several of downtown's highest profile architectural resurrections in recent years, including that of the Broderick Tower, whose rehabilitation he oversaw as project architect, and the David Whitney Building, for which he served as lead historic consultant.

Read the rest at Model D.
Posted by Matthew Piper at 7:29 PM No comments: