The past, present, and future of Detroit's LGBT spaces 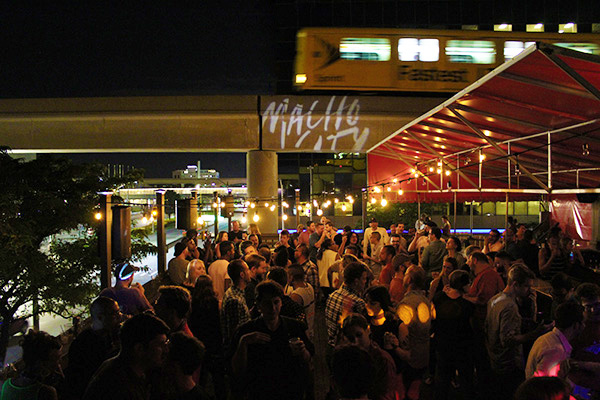 This article is dedicated to the memory of Jeff Montgomery, longtime Detroit LGBT activist and founder of the Triangle Foundation, which worked to combat anti-LGBT crime and discrimination nationwide. He died last week.

In the aftermath of last month's attack on Pulse in Orlando, many LGBT people took time, amid our grief, to reflect on our experiences in gay bars, the spaces we'd always thought of as "safe." We wrote or posted on social media about our first gay bar, about the thrill of being suddenly surrounded by people like us, about dancing until 4:00 a.m. We discussed how our communities were built and sustained in these spaces. We talked about the clubs that have come and gone, and the ones that have persisted. Our conversations were something good that emerged from something horrific. They presented opportunities to celebrate and honor a part of our culture that we might otherwise take for granted.

The notion of the "safe space" dates back to the women's and gay liberation movements of the 1970s. And while the murderous rampage at Pulse reminds us of the literal physical danger that so many in the LGBT community still face, "safe" in this context also means something other than safe from the threat of violence. It means safe to be yourself, to express yourself—or, perhaps, to express parts of yourself that you might hide in other places. Safe to touch someone you care about without worrying who might see, and what they might say or do if they did. It means being released from the otherwise unblinking gaze of what we have learned to call heteronormativity: the destructive, socially reinforced illusion that "straight" is good and right and true, while "queer" is wrong. A secret. A shame.

While LGBT Americans have made great political strides in recent years, the need for our own spaces has not diminished. Not only have those advances been unevenly distributed among our people, many of us still face discrimination (some of which remains enshrined in law in Michigan), as well as isolation. And let's face it, even if all of us get all of the rights to which we're entitled and feel 100 percent socially accepted all the time, we're still going to want to spend time among our own people, our queer family, with whom we've shared so much.

In Detroit, many LGBT people will tell you that we don't have as many spaces in which to be our full and authentic selves as we ought to. But the folks who've been around for a while will remind you that this was not always the case.

Read the rest at Model D.
Posted by Matthew Piper at 9:49 AM