I went to New York in August! It was my fifth time there, my fourth solo adventure. It means a lot to me to go to New York, which I try to do every few years. It energizes and enlivens me in particular ways -- intellectually and sensorially, of course, but also emotionally. I used to think that I wanted to live there, but that's increasingly untrue. Instead, this is what I want: a lifelong relationship with it. When I'm there, enveloped by masses of bodies and buildings, in near-constant motion yet situated, appreciably, at some still point between past and future, I am frequently, inexplicably, on the verge of tears; I feel that I belong there, more than other places -- but then I remind myself that when I'm there, I'm on vacation.

I usually plan my NYC excursions around shows, typically performances, but this time, it was Future Present, the Guggenheim's exhibition of the work of Bauhuas multimedia artist Laszlo Moholy-Nagy (opening soon in Chicago!). I'd only seen one or two Moholy-Nagy pieces in person before, at the Gropius House outside Boston a couple years ago, and I've been hungry for more ever since. I started getting obsessed with seeing this show once I read about it...I even had dreams about it. So upon arriving to the to the city, getting to the Guggenheim was my first order of business. 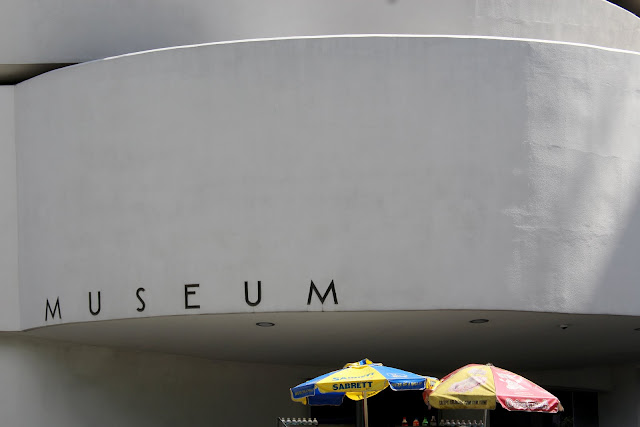 Also on my to-do list this visit was the Central Park Conservatory Garden, Louis Kahn's Four Freedoms Park on Roosevelt Island, Alan Sonfist's 1978 Greenwich Village installation Time Landscape, the new Whitney Museum of American Art, and 101 Spring Street, the recently reopened onetime home and studio of Donald Judd, now operated as a permanent installation/quasi-museum. I photographed extensively at all these locations when I could, as well as around the Prospect Lefferts Gardens neighborhood of Brooklyn, where I stayed with friends and where I had a good opportunity to try my hand at street photography. Here are 60 or so of my favorite shots from a memorable trip (a lot, I know, but these were whittled down from my original 300....). You can view them below, in a column, with captions, or else open a scrolling gallery by clicking any one of them.

Read more...
Posted by Matthew Piper at 2:13 PM No comments: 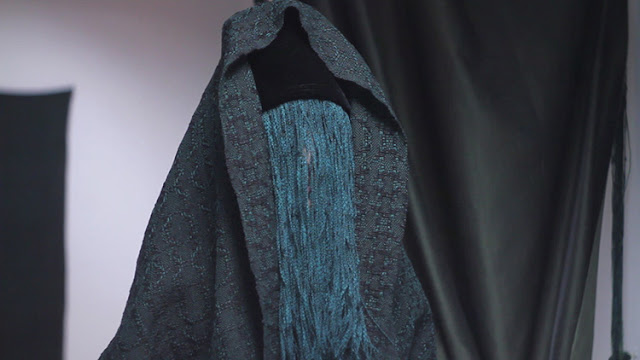 The art of weaving has long inspired metaphors for nothing less than the nature of human existence — from the mythic Fates, literally weaving each individual’s destiny, to Ishmael’s musing in Moby Dick that the “mingled, mingling threads of life are woven by warp and woof: calms crossed by storms, a storm for every calm.” The age-old link between weaving and living is of paramount significance to Levon Kafafian, a young artist and teacher for whom this ancient way of making is at the center of a vital, unfolding, multimodal practice — a practice that seeks to connect people more deeply to the natural world, one another, and their own lived experience.

Kafafian is a skilled craftsman, a deft weaver of sensitive, distinctive fabrics that revel in their handmade quality. But for Kafafian, objects — no matter how soulful — are inert, ineffective; they only become activated when used. “One of the reasons I started weaving was to move away from mass production and be more in tune with sustainability,” he says, “but as time went on, I realized that I was still just making stuff.”

Kafafian continues to make stuff and, at the Fringe Society, his loom-filled home and studio, to teach others how to do the same. But more often than not, what he makes now has a function, whether protective (as in his numerous scarves and shawls), ceremonial (as in the fabrics, garments, and pottery produced for his ongoing series of interactive performances), or else as constituent elements of short video pieces. The work in the latter two categories at once depends on Kafafian’s foundational weaving and notably departs from it, engaging participants in ways that objects alone never could....

Read the rest at Essay'd.


Posted by Matthew Piper at 3:19 PM No comments: