I recently visited the artist David Rubello at his home and studio in Ray, Michigan, a small, rural town about 40 miles northeast of Detroit, where he lives with his wife Mary, who is also an artist.


I got to know Rubello (b. 1935) a couple years ago, after I became obsessed with his 1973 mural Color Cubes, a piece of downtown public art I loved that was lost in 2014. Since then, I have come to appreciate him as an astonishingly gifted, learned, and prolific visual artist, whose expansive body of work bears witness to an inspiring practice of perpetual forward motion.


Rubello is an under-appreciated modern artist — an American master, I'd venture, whose prodigious output in multiple media ought to be well-known internationally, but who has operated largely under the radar these last decades. Nonetheless, I can't shake the sense that his substantial and varied body of work is ripe for discovery by a wider contemporary audience.

I had a few reasons to visit him recently: I wanted to check out his recently reorganized studio, check in on one of his current projects (more on that later, but here's a teaser: there's a new downtown mural coming!), and to see some of his photograms, "cameraless photographs" that are made by arranging objects on photo paper before exposing the paper to light.


The photogram was popularized by the Hungarian artist Laszlo Moholy-Nagy, whose career retrospective I saw last summer at the Guggenheim. I'd mentioned to Rubello how alluring I'd found Moholy's early 20th century photograms, and he surprised me by responding that he'd made a number of them himself in the 1990s. 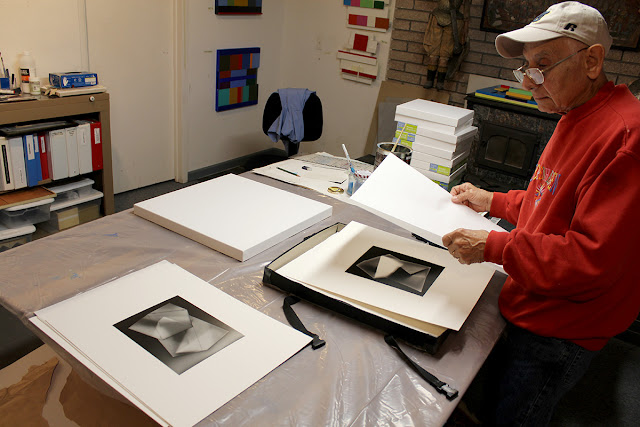 He showed me several dozen of these works, which he calls "New Life Forms," during my recent visit. Whereas Moholy made use of a remarkable variety of objects to produce his photograms (including his own hands and even his face), Rubello restricted himself to either an aluminum form of his own construction or, much more often, different kinds of paper, which he folded, sometimes cut, and carefully arranged on top of the photo paper in his darkroom.


In their recursive, abstract revelry, hard edges, and play with depth and light, the resulting forms are essential Rubello. But in their delicate, sensitive grayscale, they're something of a revelation.


Rubello is, after all, an artist to whom pure color is more than a tool, but a subject in and of itself. He's been concerned for decades with how different color fields appear, feel, & interact with each other, and with reflected color, whereby vivid colors are cast onto white surfaces:

When we made it out to his studio, there were more surprises in store, starting with a new painting that's part of an ongoing series exploring the use of color to suggest movement and dimensionality. 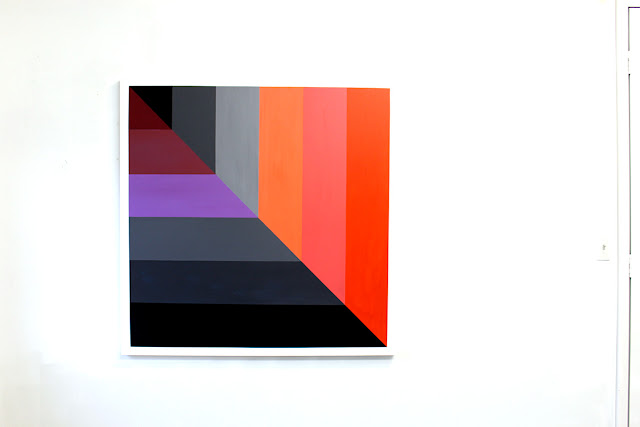 Since I've come to think of him as a purely abstract artist, when he showed me a handful of watercolors from the early '70s, I was struck by their transitional nature, hovering as they do between abstraction and representation. 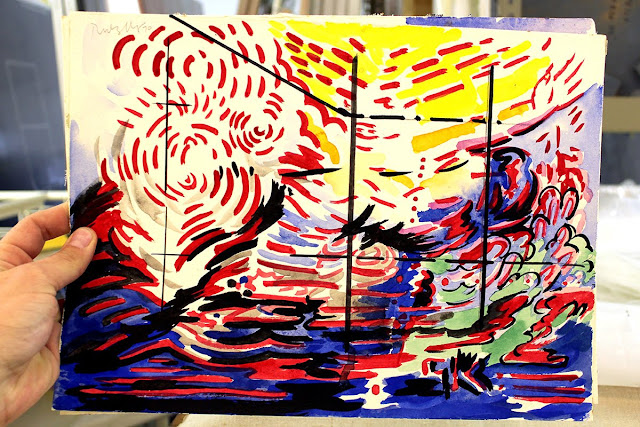 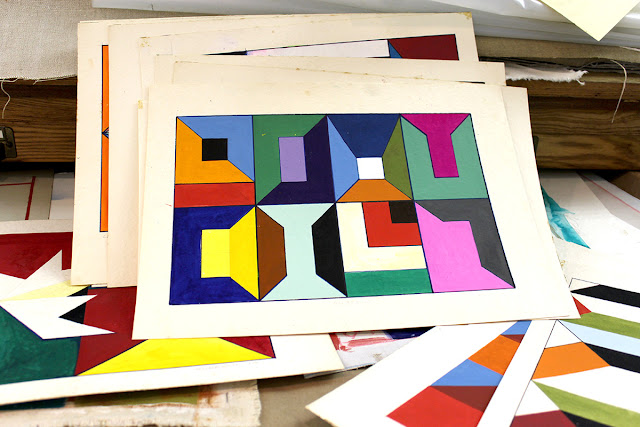 There are a number of sizable paintings stored in his studio, some as big as 4' x 8'. Most of them are purely abstract, but one, a work from the late 1970s that was inspired by a pre-Renaissance crucifixion painting he'd seen in Italy, has figures in it! 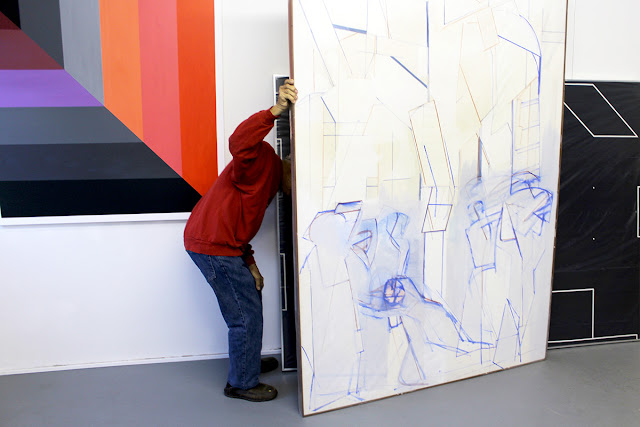 When I remarked on this, Rubello pulled out some of his earliest works on paper, illustrations made in the 1950s after he pursued studies at both Cass Tech High School and the School of the Arts and Crafts Society of Detroit (now the College for Creative Studies). 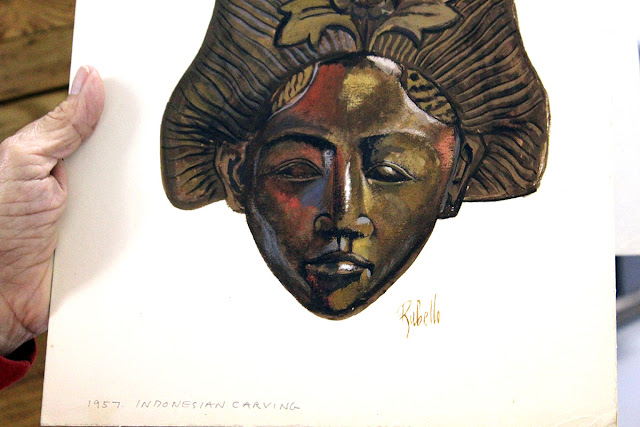 These sixty-year-old works, the last we looked at together, are evidence of a young artist's powerful raw talent. While they're confident, subtle, and painstakingly rendered, there's little evidence in their straightforward style of the rigorous, experimental abstraction that would follow. As such, they offer remarkable insight into Rubello's ever-evolving trajectory, revealing just how far he's come in order to come into his own. 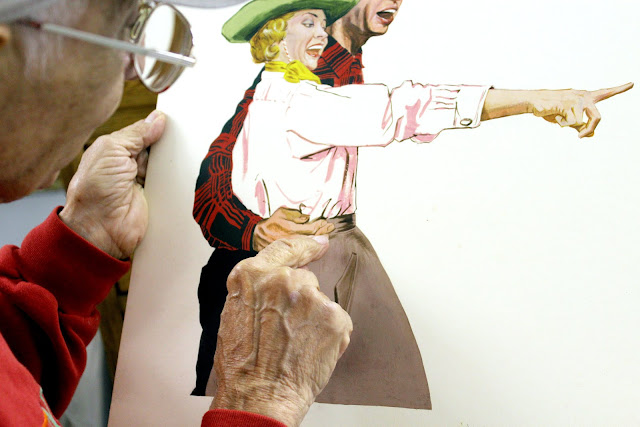 Posted by Matthew Piper at 7:44 AM No comments: