What is an artist’s practice but a universe unto itself? A total environment, with the artist at the center, in which a vast but finite set of ingredients—think experiences, materials, impulses, and predilections—cohere, by means both mysterious and prosaic, into related forms that evolve over time. It’s an apt metaphor for the work of Gary Eleinko, a lifelong Detroiter who came of age as a painter during the bricolage days of the Cass Corridor movement (where any cast off thing could become art) and who remarks with frank wonder that, “Everything in the world is made up of 98 natural elements. There’s nothing else. 98 ingredients make up everything we know.”

Scientific knowledge is one of the many distinct elements that come together to form Eleinko’s ever-evolving universe. Others include a fascination with the natural world (particularly plant life and natural disasters), a tendency toward certain shapes (bars, lines, Xes and triangles proliferate), and a consummate craftsman’s concern with construction and form. In an age of increasing interdisciplinary promiscuity, Eleinko is a monogamous maker. He labors daily in the full-to-brimming Corktown studio he has occupied since 1988 over canvas, paper, wood, and found objects—arranging, considering, painting, and building. As a painter, he is part of an influential movement of artists who reconceived the painting in sculptural terms, as a constructed object—who remembered, for instance, that canvas is a malleable material, confined to the familiar shapes of square and rectangle only by stretcher bars and convention.

Read the rest at Essay'd.
Posted by Matthew Piper at 8:15 AM No comments:

Beautiful people at the Dally

Yesterday was the 40th annual Dally in the Alley! The one-of-a-kind independent street festival takes place in and around the alleys in a tiny section of the Cass Corridor neighborhood of Midtown (right near where I work at the Green Garage). I started going to the Dally when I was at Wayne State in the early 2000s, and I look forward to it every year.

Maybe I idealize it all out of proportion, but Detroit feels different during Dally. For a hot second we're tight, not spread out. Not divided but loving and inclusive. Queer and open and fly as hell, not "straight-acting" and blue collar-dowdy. It's like the neighborhood puts on a mask, but it's a mask that shows the truth, because it's all real; we're all here. We're just distributed, typically -- kept apart by highways and sprawl and racism and fearful urban planning, I guess. For one full day in September, though, you can shake off the weight of the cars and the stadiums and the empty lots and live a different Detroit dream: small, freaky, human, and pretty damn splendiferous. (The fact that it's managed to go on without corporate sponsorship for 40 years is some kind of miracle manifested by an incredible volunteer corps.)

Back in 2009 and 2010, I brought my camera to Dally and had a lot of fun shooting what I saw. I decided to do the same this year and I'm really glad I did. There was a special energy about the 40th Dally. The vibes seemed extra loving and the freak flags seemed to be flying extra high. Maybe we need it more now, in these godawful Trumpy times. Resist, resist.

My favorite shots are below. I hope the love comes through. 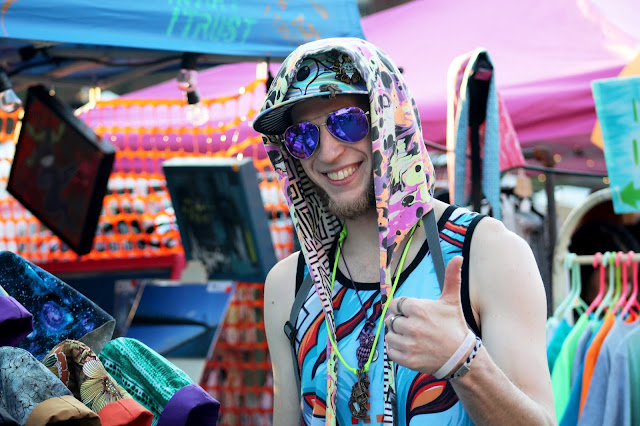 Read more...
Posted by Matthew Piper at 3:49 PM No comments: