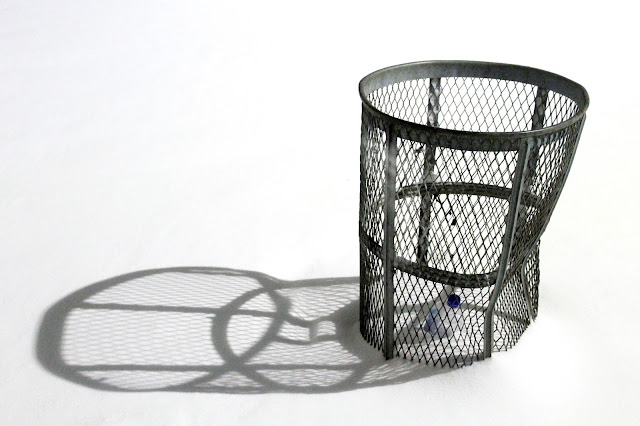 Posted by Matthew Piper at 12:35 PM No comments:

It makes sense that Nicola Kuperus was onstage at the Detroit Institute of Arts recently, running her big yellow vacuum up and down a strip of beige carpet. And that a few minutes later, her face obscured by a long, black wig, she started to play the vacuum, using an effects pedal to modulate and amplify its heavy roar. And that a few minutes after that, she pulled out a tall, pink vase and began to fill it, maniacally, with fake plants, while on a screen above her, another Kuperus appeared, dressed up and gesticulating like a cross between a magician, Laurie Anderson, and some faceless horror movie creep, and that that Kuperus had the same vase, which she began to slap with her white-gloved hand, asking it, over and over again, “Ya like that?”

It makes sense. After all, at the base of The Perfect Accent Piece (2017), a collaborative performance with Adam Lee Miller, lies a grab bag of familiar obsessions and tendencies that Kuperus carries with her from a prolific, 20 year career in art and music—obsessions we’ve seen before, in different forms.

Read the rest at Essay'd.
Posted by Matthew Piper at 7:01 AM No comments: