Designing the future: the legacy of black architects in Detroit 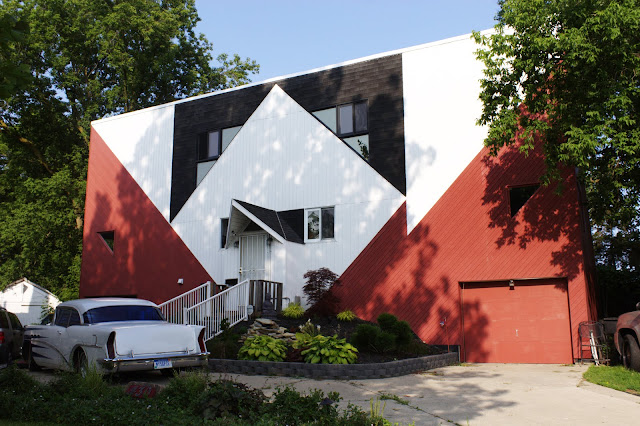 Drive up Linwood Street, just north of I-94 in Detroit’s Northwest Goldberg neighborhood, and you will find yourself nestled among a collection of grand brick homes, some dilapidated and vacant, others well-maintained, interspersed by quiet, grassy swaths of urban prairie and towering trees.But continue on past McGraw Avenue and this organic neighborhood texture gives way to a remarkable and unlikely sight: an apparent ziggurat from the future, occupying nearly an entire block. Long, low-slung, and perfectly symmetrical, with cylindrical brick flanks to the east and west and sloping expanses of bluish gray zinc to the north and south that race down at an exhilarating 45-degree angle to a concrete berm below, this looks like it might be the home of the first colony on Mars. It’s actually the former McMichael Middle School, built in 1981, now the Detroit Police Training Academy, designed by Detroit architects Howard Sims and Harold Varner.

Clear across town, in the equally pastoral Jefferson Chalmers neighborhood, follow Kitchener Street from Jefferson Avenue toward the Detroit River and you’ll happen upon a similarly arresting structure, on a smaller scale: the home that Roger Margerum designed for himself in the early 2000s. This extravagant, postmodern ode to the 45 degree angle, clad in black, white, and crimson-painted wood, cuts a fantastic figure on an otherwise sleepy block.

What unites these two buildings, and a few dozen others scattered all over the city, is not just the futurism of their forms, but the notable fact that they were designed by black architects....

Read the rest at Curbed.
Posted by Matthew Piper at 5:46 AM