Last month I learned of the passing of Dr. María Gonzalez, an extraordinary woman I had the good fortune to know during my graduate studies in Library and Information Science at Wayne State nearly a decade ago.

María taught a seminar on the role of information professionals in urban environments that, looking back, I can easily say was the most impactful course I took while earning my Master's. I wish I had hung on to the syllabus so that I could recall it in finer detail, but the theme—advancing the common good by facilitating knowledge exchange in urban communities—is unforgettable.

To María, librarians and other information professionals carried a responsibility to stand up and be counted, to infiltrate the halls of power armed with values, strategies, and resources that would advance the connectedness and wellbeing of common people. An avowed urbanist, I think she saw cities, with their overlapping layers of commerce, history, power, and poverty, as places where civically minded people of all stripes could have the greatest impact. She was an activist, demanding engagement in her quiet yet fiery way, at the same time she was a pragmatist, making sure our eyes stayed open to the ways that business and government actually worked. She introduced me to the concept of social capital, or the resources and benefits gained from social ties, when she had us read and discuss Robert Putnam's "Bowling Alone," which examines some of the ways that civil society and social cohesion in the US have eroded, making us a "nation of loners" (as many commentators have summarized Putnam's central concern).

María was rooted in place. More than anyone else I knew at the School of Library and Info Science, her class was of Detroit, not merely in Detroit. Her borders were porous, and the city flowed in and out. It was this spirit of presence in place that made her stand out there, and that I have to thank for my employment at the business I've helped lead for more than seven years.

María was a flâneur, a stroller of city streets. Not confined to Wayne State's superblock campus, she walked the neighborhood around the university. That's how, in 2008, she got to know Tom and Peggy Brennan, Mitzi and Don Carter, and Helen and Tom Bradley, together the cofounders of the nascent Green Garage, which was to become a community-minded shared workspace and sustainability demonstration center in the Cass Corridor.

And that's how, in 2010, I first connected with the Green Garage, undertaking a semester-long project that turned into a volunteer opportunity, then part-time writing work, then a nourishing full-time leadership role that has become my professional center—one of the main wellsprings of my own social capital—since 2013.

I often tell the story of my chance connection with the Green Garage as facilitated by María. Each student in our class was tasked with helping a Detroit business or organization meet an information need over the course of the semester. In the seminar's first days, María handed out the predetermined list we had to choose from, and I remember feeling particularly drawn to two organizations: the Museum of Contemporary Art Detroit (MOCAD), which I knew fairly well, and the Green Garage, which I only knew from a short article I had read online (something about green business; something about the transformation of a neglected thoroughfare into the city's first green alley).

I remember the sense of taking a leap. I remember thinking that MOCAD was the obvious choice. (I loved art, I wrote about art, I visited the museum regularly.) And I remember thinking to myself, "It's grad school; go out on a limb. Pursue the less likely path. Meet these green business people." It goes without saying that I'm glad I did. I've had the good fortune of enjoying formative relationships with several beloved teachers over the years, but María is the one whose influence materially changed the course of my life.

Not long after our time together, María left Wayne State, and the sense among people I talked to about it was that she was too progressive for the stodgy library school. They had irreconcilable differences, I guess, and María moved away, first to Delaware and then Los Angeles. She continued to teach, working in the Public History departments of Rutgers and LaSalle University. We kept up with each other on Facebook, where she would make loving, out-of-the-blue posts on my wall ("My best to you always!") and where she played the part of a Green Garage superfan, forever encouraging the business' growth and cheerleading any good news we shared. I didn't know until after her death that, in recent years, she had been diagnosed with cancer, and then ALS. Our last communication was a breezy, friendly greeting in March.

The time that María and I had spent together was rich, but it was largely defined by the classroom, where she was purposeful and focused, and Facebook, where she was fleet. In the days after I learned of her death, I began to wonder about her life story. I knew only the barest details of her biography: that she was Cuban-American (she spoke beautifully accented English) and that she was queer (I don't remember how I came to know that, but I couldn't help admiring her more for it).

I decided to reach out to Chela Metzger, Maria's partner of 20 years and a librarian at UCLA, to learn more. Chela generously filled in the gaps of María's extraordinary story, some details of which I'll recount here:

María was born in Havana in 1950. Chela says that it was in Havana where she began to develop her lifelong love of buildings and construction. At the age of 11, she and her grandmother fled to Tampa, Florida to escape the Cuban revolution, in which several family members had been killed. (Her parents escaped and joined them one year later.) After high school in Tampa, she went to UCLA, then Kent State to study architecture. 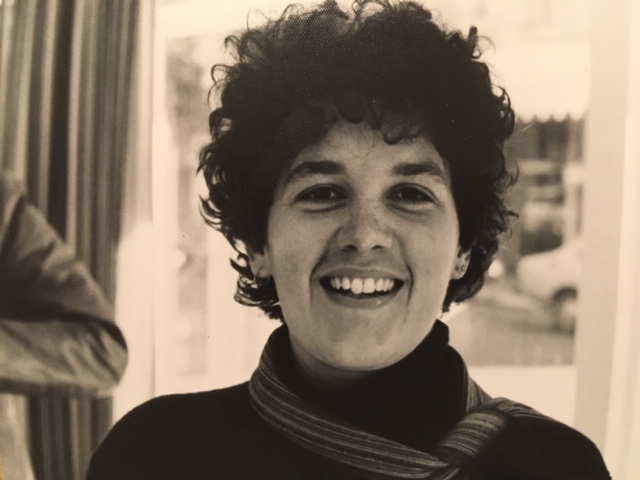 After time in New York City and Provincetown, María went to Seattle, where she worked in the construction industry, both owning her own commercial construction business and later developing clients for a large national firm.

In that capacity, she was invited to join the planning commission for the new Seattle Central Library, where she developed an admiration for Deborah Jacobs, the transformative City Librarian who spearheaded Seattle's historic, citywide library building project. It was this experience, Chela told me, that led María to librarianship, and to the University of Texas at Austin, where she completed her Master's and PhD and from where she decamped to Detroit to begin teaching at Wayne State in 2008.

Chela notes that María's time in Seattle was interrupted by a two-year stay at Arcosanti, an intentional architectural community and ongoing construction project in the Arizona desert, 70 miles north of Phoenix.
Founded in the early 1970s by the Italian architect and social theorist Paolo Soleri (1919-2013), Arcosanti is a living laboratory for Soleri's theories of urban design, which emphasize density, collectivity, and environmental sustainability. ("The city is a human problem that has to find its answer within ecological awareness," he wrote in his book The City in the Image of Man. "Short of that there is no answer.")
Looking back with this singular path in mind, it makes even more sense now that María found and admired the Green Garage, another intentional community rooted in building and ecology, and that she strove to impart to her students an awareness of business practices. Perhaps her mid-career shift to librarianship accounts for the zeal with which she approached the profession; certainly her experience in other fields must have guided her catholic appreciation for the wide world of information work, which, as ever, is not bounded by the walls of library buildings.
I'm thinking of María a lot these days, and feeling more grateful than ever that our paths crossed when they did. These are such wearying times, when we seem so much to be a "nation of loners"—both in the sense of being asked, these many long months, to stay home and stay apart, but even more in the sense of the growing awareness of how much of our country's terrifying swing toward authoritarianism has sprung from the fear and resentment that comes from isolation, from a sense of being disconnected from others.
To counter that, to give myself a guiding light to hold up as we move forward from here, I offer a tribute to the memory of María Gonzalez: connector, builder, encourager. Immigrant, trailblazer. Patron saint of city streets, who grew up under the shadow of a dictatorship and spent her life seeking opportunities to strengthen democracy and empower the people. You graced us with your presence, María, and left the world a better, more hopeful, more interconnected place.
Posted by Matthew Piper at 11:03 AM