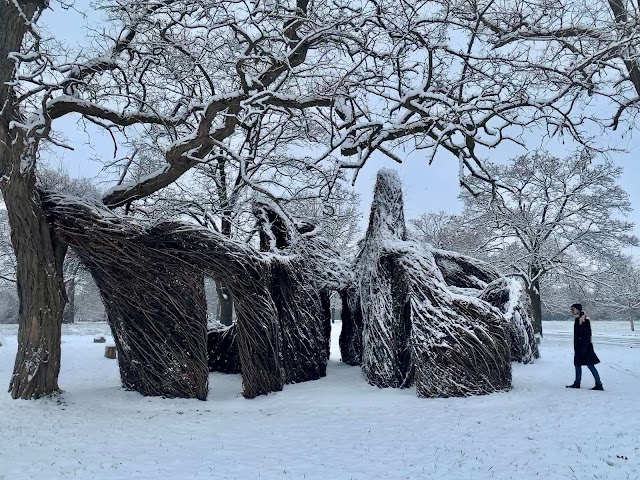 Commissioned by Sidewalk Detroit, this temporary installation (expected to last about two years) was created with the help of over 150 local volunteers, who worked together to harvest overgrowth from trees in three Detroit parks, strip the branches of their leaves, and help the acclaimed artist and his son erect the final structure. 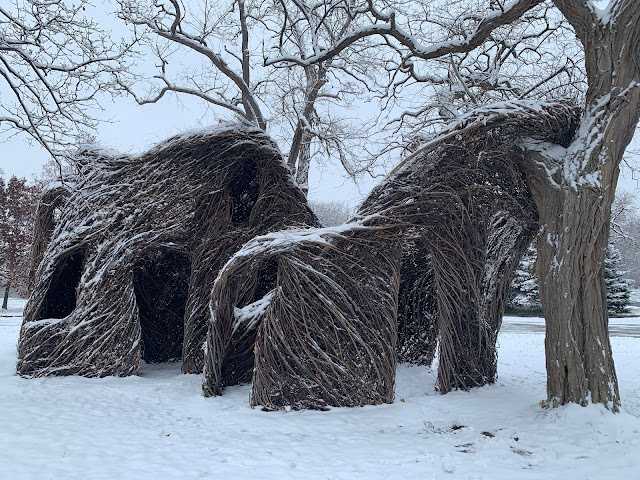 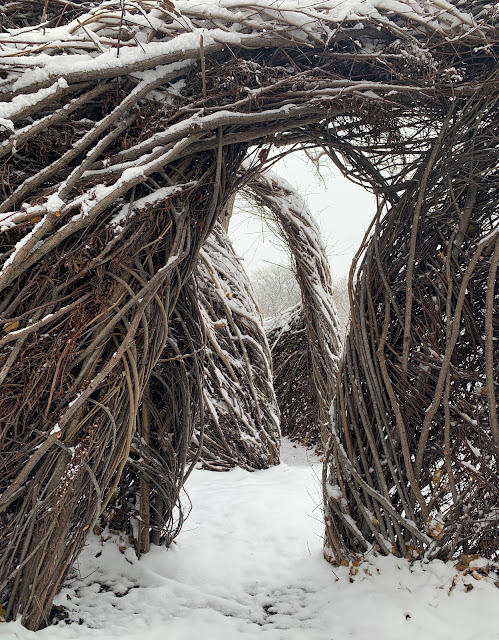 Created in community, Detroit's Stickwork sculpture feels like a house for everybody, with rooms and pathways, portals and porches, at the same time it’s a great benevolent creature crouching in the landscape. 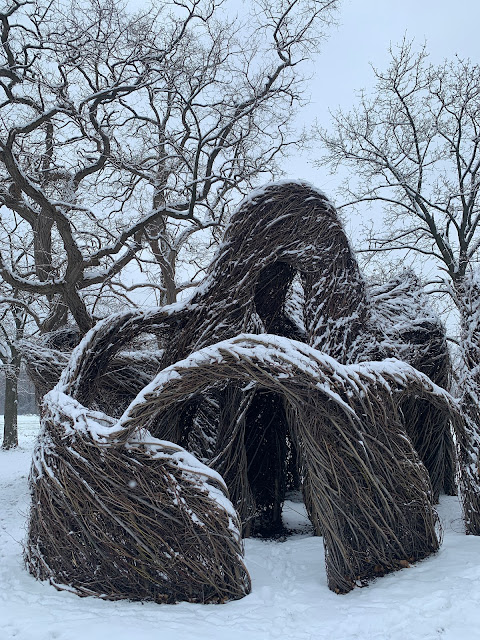 We were glad to have a reason to make our first trip to Eliza Howell, which, at 250 acres, is Detroit’s fourth largest park, with two miles of trails running along the Rouge River and through woodland and prairie landscapes. 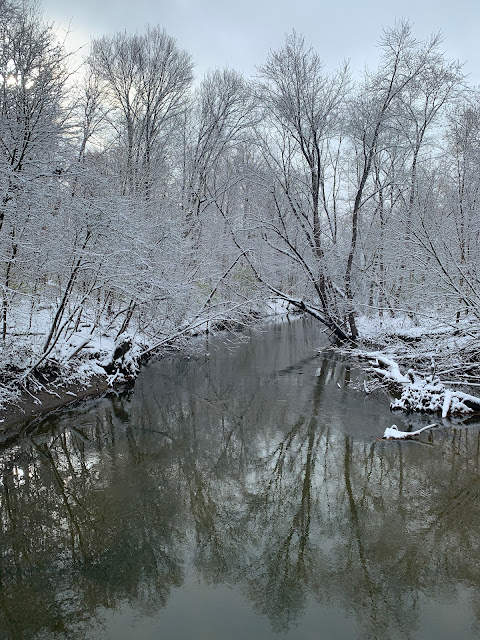 It’s also a park that is a part of me, in a manner of speaking, since my dad’s family lived in Brightmoor and used to spend time at Eliza Howell before they moved to the suburbs in the mid '70s. 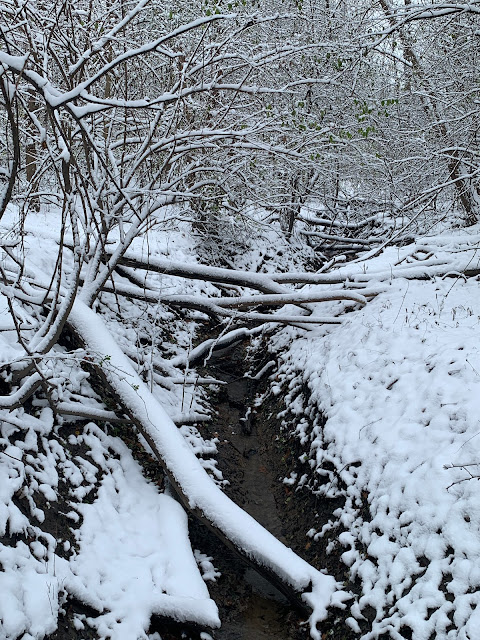 We had a classic Detroit neighborhood/public art moment while we were checking out Stickwork—a friendly couple showed up with their young kids and asked us to take their Christmas card photo in front of the sculpture, after which we asked them if they knew where we could find the trails. “Oh yeah,” one of them said, “just go the wrong way down the one way road here (honestly it’s fine) and look for the orange car, which is Mr. Weber’s car, which should be parked by a big tree. He takes a two hour walk through the trails every day and he should be there at this time. The trailhead will be close by.” 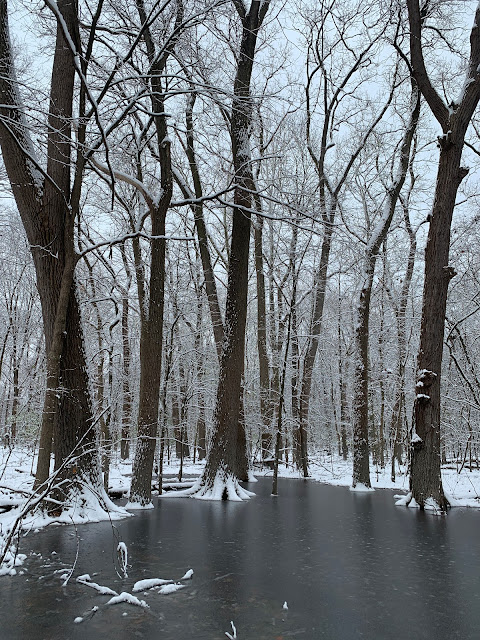 The directions were perfect—we found the car, the tree, and the trail, had an inspiriting winter walk, and met Mr. Webber along the way. (If you look at the park’s website, you can see his beautiful pictures of Eliza Howell’s wildlife—we were happy to see both deer and a woodpecker on our route.) 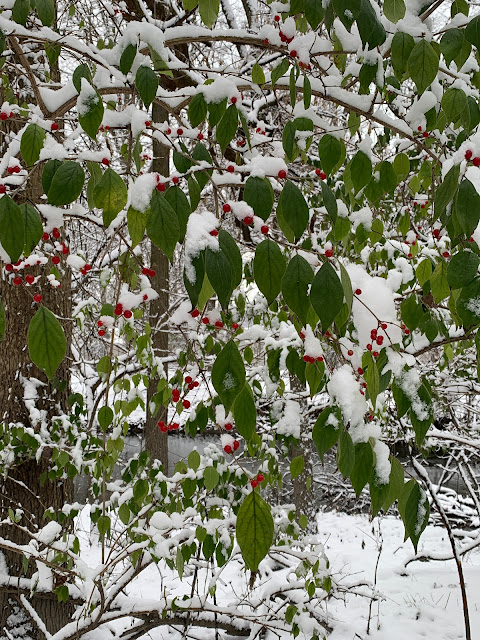 Detroit's Stickwork sculpture is a great gift to the City from Sidewalk Detroit. I'd like to take the opportunity to say that, for me, it hits all the right notes to make highly successful public art, or what would more appropriately/meaningfully described in this case as urban environmental art (that is, art made to engage and enrich urban landscapes and communities). It: 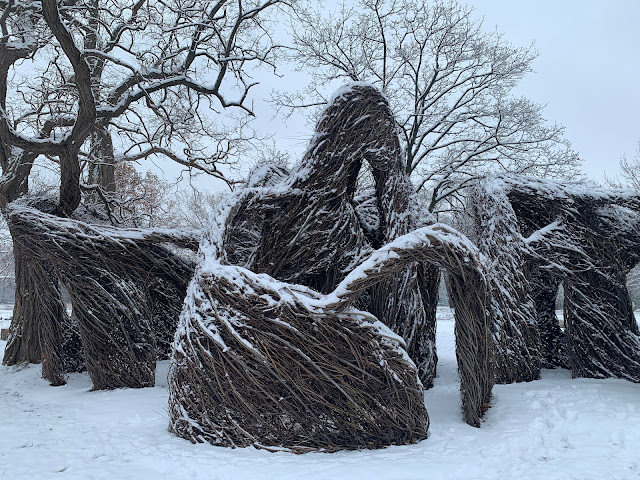 Stickwork has the additional benefit of doing a bit of actual ecological work, since the act of removing the overgrowth it's made of promotes the source trees' long-term health. And with its pitch-perfect siting in Eliza Howell Park, it also has the potential to serve as a gateway to a more ecologically-minded future for Detroiters. This is not a new trend in the history of American art, but it is one that continues to resonate in this devastating era of climate change, and that means a lot in this city, so much of which has been ravaged by eco-blind industrial and auto-oriented development.
I'm grateful to Sidewalk Detroit, the artist, the City of Detroit, and the Greening of Detroit for working together to make Stickwork happen here. We need it, maybe now more than ever.
Posted by Matthew Piper at 6:59 PM